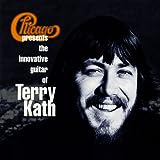 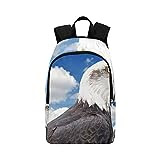 From Wikipedia:
"Terry Alan Kath (January 31, 1946 – January 23, 1978), born in Chicago, Illinois, was the original guitarist and founding member of the rock band Chicago.  He died in early 1978, eight days before his 32nd birthday, from an unintentional self-inflicted gunshot wound."

Terry Kath was an amazing guitarist and singer in what was once an amazing band. He died tragically, much too young. His praises have never been sung enough and he deserves far more tribute than he's ever got. Kath was a huge inspiration for me in my formative guitar playing years. Like the band itself at the time, he was so full of creative energy, musicianship and soul that it still takes my breath away.

Kath is well known for the blazing guitars that permeate the early Chicago hit, "25 or 6 to 4."

That performance left no doubt that he could hang with the best guitarists of the time, and considering the competition in the late 60's-early 70's, that is saying quite a lot. And he did so while retaining a very personal and unique approach that made him unmistakable. Even more to his credit, he did so without acquiring the "guitar hero" ego, preferring instead to make brilliant and heartfelt contributions to the powerful group he was a part of.

Here is my favorite live version of one of my all-time favorite Chicago songs, "Introduction," written and sung by Terry, which encapsulates everything I've tried to describe about him into one awesome performance:

"In The Country" is another Chicago tune I always loved; surprise, it's written by Terry Kath. As usual, Chicago packed more musical content into one song than most groups today have in a whole album. And they did it with style, fire and soul. Here's a great live version:

And here's an excellent 20 minute documentary about the band, from 1970:

His daughter Michelle has created a wonderful website tribute, http://www.terrykath.com/ ,
and is producing a full documentary about Terry. Hopefully it will raise awareness of his talents and contribution, and give him the wider recognition he truly deserves.