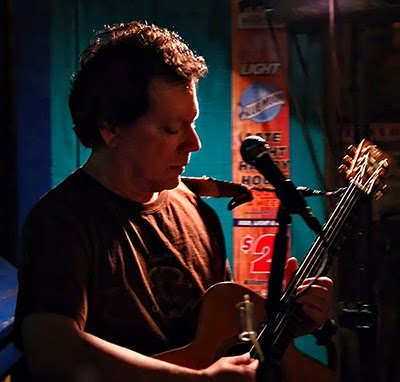 It happens once in a while: every different kind of gig I do gets scheduled for the same week. This time I did five very different gigs in four days between April 22 and April 25. Here's how it went down:

April 23, Friday night - Solo acoustic and vocals at a large Baltimore area restaurant with a huge patio and covered outdoor bar. Lots of young adults drinking heavily, talking loudly, and only marginally interested in the live musician performing a few feet in front of them. Well, some people do stop and listen, and it's cool to see a few people getting into some Hendrix, Zeppelin and Beatles along with their more modern favorite singers like Dave Matthews and Jack Johnson. But overall, not much involvement with the music. Things have changed since I was young. Check my recent post, Spectrum Reunion, to get an idea of how important live music was to young people in the late 1970's when I was in my teens and early 20's. Nevertheless, I am grateful to this venue for supporting live music and maintaining their commitment to providing live entertainment seven nights a week. 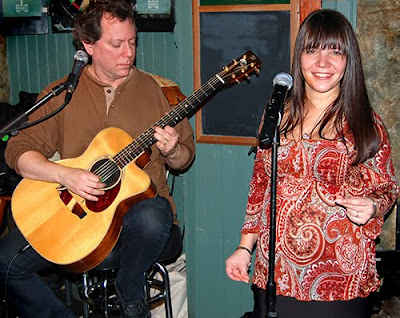 April 24, Saturday day - Acoustic duo with Elena, afternoon wedding reception. I had never been asked to do acoustic music at a reception before, so I was a little concerned about how well it would work, but it turned out fine. Elena and I learned a few requests from the client, and drew on our experience playing in variety bands, and from there figured out what we could do acoustically. We covered everything from Stevie Wonder to Brad Paisley, from Nancy Sinatra to Sheryl Crow. It worked out nicely and we may have some new songs to add to our regular repertoire. Elena is a great talent and a total pro. She did her usual outstanding job, despite the fact that she was eight months pregnant at the time! 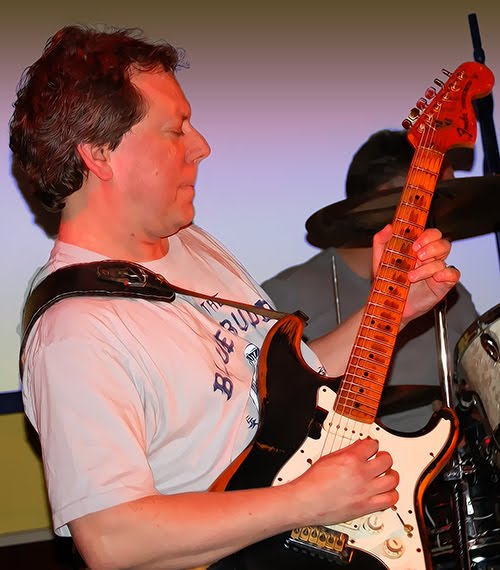 April 24, Saturday night - Hectic Red, nightclub gig. After the reception, I rushed home, re-packed the car and headed out to play a club date with Hectic Red, the classic rock band I've been with for over 22 years. The band still sounds tremendous after all this time and we are blessed with a great number of terrific fans and friends. We played a lot of Steely Dan, Yes, Rush, Beatles, Billy Joel, Genesis and so many other cool classic rock tunes you just don't hear bands do. Tremendous energy and good vibes were felt all around. 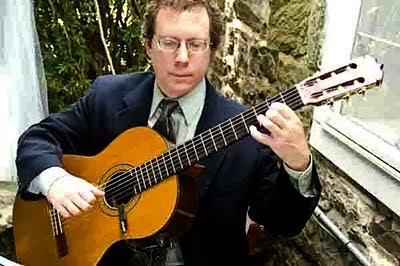 April 25, Sunday afternoon - solo guitar for a wedding ceremony and cocktails. Sunday morning I got up, put on the suit and tie and drove to a nearby historic mansion/restaurant for a wedding gig.
As I usually do when hired as a solo guitarist, I played classical music for the ceremony, including Pachelbel and Vivaldi for the processional and recessional.  The cocktail hour was much less typical. The client was very specific about wanting solo guitar versions of classic rock tunes, including the Beatles, lots of Led Zeppelin, and a special request for Duran Duran! It took some thought to get my head around the idea, but the more I worked on it, the more I liked it. And to be honest, I did bring a looping pedal, but only used it a couple of times to create overlaid parts.

By Sunday afternoon it was all over. Well, not quite, there was still a neighbor's birthday party to attend. But eventually I was back home relaxing and watching a movie with Mrs. Sherman. Life is good, but I'm glad every week is not like this one.

Pictures by Crystal, aka The Painting Queen. Be sure to read her blog entry about my week of musical adventures. She is my biggest supporter and fan, and she means the world to me. Well, she is Mrs. Sherman, after all.