Jeff Beck has been very active in recent times, reminding me of the enduring impact he has had on me as a guitarist. It started in the 70's with his classic instrumental albums Blow By Blow and Wired. Thus began my love affair with instrumental jazz-rock fusion that has evolved over the years but still endures. And those albums are still amazing, brilliant works that rightfully earned Beck the status of guitar legend. 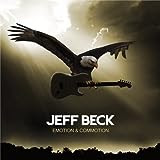 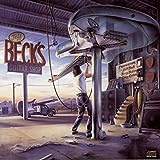 Since they came out, he has re-emerged from time to time to give us another taste of his powerful, unique style. How can the guitar be played so roughly, yet so beautifully, all at once? How do hard rock, jazz, pop standards, rockabilly and funk all merge together into one utterly unique style? How can all that be done with nothing more than fingers on strings, guitar plugged into amp, usually with no effects at all? Jeff answers the question every time he walks on stage. He is just being himself, and he couldn't possibly do it any other way. The raw honesty of his playing is what sets him apart from many others who possess technical virtuosity but little else. By keeping it so truly real, his creative channel stays wide open, and it is a marvel to witness the passion he pours into every note.

I have been thrilled and inspired by JB for most of my life, and have been fortunate enough to have had opportunities to play some of his songs with some groups I've been in over the years. One such group, XYZ, eventually became the core of my first all instrumental CD, First Light. You can read all about that in my blog post, "The Road To First Light." After that CD I formed another group, Sherman-Resto-Young, and we did another all instrumental CD, One Mind. I will be telling the full story of that band soon. You can be sure that the influence of Jeff Beck loomed large over all of the music we created.

The concert video, Live At Ronnie Scott's is essential viewing. Released in 2008, it shows that Jeff, now in his 60's, is mature and accomplished but has lost none of his grit and fiery passion. As usual, he surrounds himself with world-class musicians, but this time, the line-up which includes Tal Wilkenfeld on bass, Vinnie Colaiuta on drums, and Jason Rebello on keyboards, has a chemistry that borders on magical. Check out this burning rendition of "Scatterbrain":


Here's some of my essential Jeff Beck listening:
Blow By Blow
Wired

Emotion & Commotion
A Day In The Life

Finally, a rare treat: Jeff Beck, live, performing a jaw dropping rendition of "Over The Rainbow":