The Road to First Light 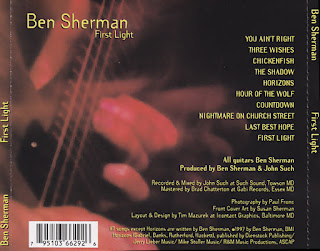 UPDATED, Feb. 2017:
Twenty years ago I created and released my first CD project, First Light. Following that, I formed a new three piece group which eventually created a followup CD, One Mind. Doing those albums was possibly the most challenging yet satisfying work I have ever done. I think after all these years, it's time for a retrospective. How did those CDs come about? Who were the players? What were my inspirations and influences? All this and more... 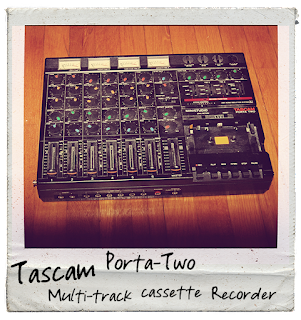 It all started in 1985 with a Tascam Porta-Two 4-track cassette recorder. Remember cassettes? Remember anything not digital? Hey, it was the 80's. We still had to do it the old fashioned way. It was good enough for the Beatles (we'd tell ourselves). 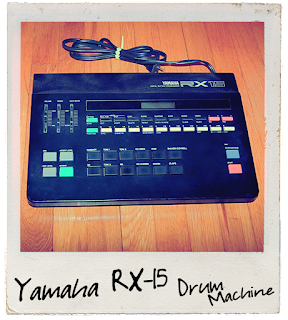 Once I had acquired the Tascam, plus a drum machine (a Yamaha RX-15, the best I could afford), and a cheap electric bass, I was in business. I was excited about making demos and creating my own music. 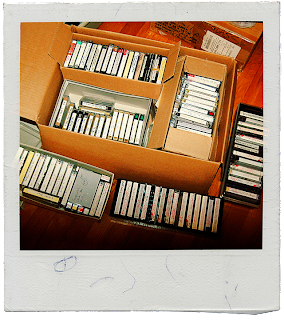 Just recently, I dug out and unpacked boxes and boxes of those old cassettes from the late 80's-early 90's and started listening. I can hear now that I was having a lot of fun, but lacked direction. On the one hand, I was writing instrumental rock pieces in the style of the guitar gods I worshiped, like Steve Morse, Jeff Beck, Joe Satriani, Allan Holdsworth, and many others. The songs were not complete but I figured I would finish them at some point. Several songs that ended up on First Light were started during this time and still exist in demo form. Here's an early version of The Shadow:

On the other hand there were numerous tracks that were clearly intended to have vocals, but almost none of them did. Evidently I wanted very much to write sophisticated pop music. Listening back today, some of those tracks sound like I was trying to do Mr. Mister as if interpreted by Steve Morse. For example:

But the songs never got lyrics, and the instrumentals never got completed. I like to say that life got in the way, but I was simply experiencing a big fat creative block, and didn't know why. It took a lot of soul searching and self-analysis to finally shake loose from layers of self-doubt and self-criticism, insecurity and lots of other mental/emotional baggage. Almost ten years passed before I finally realized what should have been blindingly obvious - that what I really wanted to do was make an all-instrumental album. I simply woke up to the reality that I could do it and I should do it right away. OK! 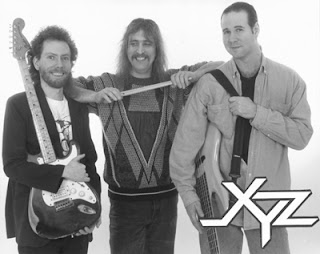 At that point in the mid-1990's, I was lucky enough to be in a group, XYZ, that was providing me a chance to play my favorite instrumental rock and jazz-fusion covers. We had a regular Thursday night gig at the Ritz in Baltimore for a long time, and we were pretty tight. Angelo Cammarata on bass and Carl Hupp on drums were (and still are) first rate musicians, and we were having a ball. We had started writing, and I anticipated this group would become the vehicle to fulfill my ambition to do a CD. But it was not to be. Angelo and Carl got sidetracked by other personal and professional commitments, and things fell apart. The signs were all pointing to the fact that if I wanted to do a CD, I would simply have to take the leadership role and do it as a solo project. Once I saw that was how it must be, I pushed forward and things started to fall into place. 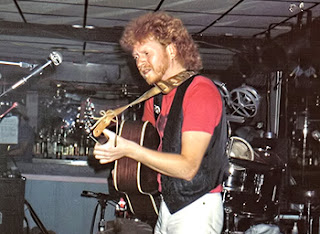 Enter John Suchy and Such Sound studio. Such and I had already been playing together in Hectic Red. That band was (and still is) very fun and musically satisfying, but I wanted to go in a different direction. Nevertheless, Such was definitely the guy to record my stuff. He had already been in business with his studio for several years and was doing great work recording, mixing and producing for many local artists. We got along really well, and he was incredibly generous about letting me into the studio whenever I had time.

I realized that as a leader, I could ask whoever I wanted to play on the songs. So Carl and Angelo from XYZ could play on some songs; the Hectic Red guys could play on some, and from there I let the door open to meet and work with some other incredible players. It turned into an all-star project, and on top of that, Such was willing and patient as I indulged myself with sometimes massive amounts of overdubbing, as I attempted to recreate the multiple layers and textures I had come up with through endless tinkering in my home studio. We put in many months of intensive work.

And in 1997, ten years after originally coming up with at least half the songs, I finally released First Light.

Continue to the next post: "First Light - Track by Track," which talks about the songwriting, the musicians, the guitars - and everything else that went into making an album at the dawn of the digital age.