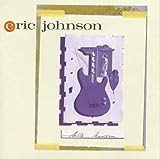 I have been helping a couple of my students learn "Desert Rose," a song by Eric Johnson, one of the most talented and unique guitarists in the history of rock guitar. The guitar solo in the middle of the song is a veritable master-class in advanced lead guitar techniques. It is a perfect example of how Eric can take a fairly normal chord progression and produce a virtuoso lead guitar solo over it, adding layers upon layers of complex ideas at blazing speeds with perfect accuracy.You can spend hours analyzing the content of this solo and if you are an advancing guitarist it would be well worth it. Every phrase is rich with sophisticated musical concepts and techniques that are guaranteed to improve your fretboard knowledge and make you think differently about how to play a solo. 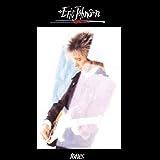 But you must not forget that for Eric Johnson, tone is everything. I have seen him play live many times, attended a masterclass with him, and seen his instructional videos, and it is obvious that getting the right tone is essential for him to effectively communicate his musical ideas. You cannot separate the notes he played from the sound of those notes, their tone and timbre, because that is how he is thinking about it when he plays it.
Eric has had a reputation throughout his career for being excruciatingly attentive to the smallest details about the sound of his guitar. This includes the choice of amp, guitar and effects of course, but for him it gets down to such things as the type of batteries in the effects units, the length of the connecting cables, the relative position of the effects to each other...seriously, not kidding. But Eric is just as attentive to how the tone really originates from the hands contacting the strings - how hard he presses, how hard he strums, using a plastic pick or plucking with bare fingers (or both), the type of pick: shape size and thickness, what part of the string to hit and how hard...and on and on.
Watch this video of Eric in the studio demonstrating his equipment and observe - he doesn't mention most of the things I just described but he is subconsciously considering all of them at all times.

This really may be going too far, and I certainly wouldn't expect everyone to be this way. But listen to Eric's best album, "Ah Via Musicom," which includes Desert Rose and the classic Cliffs of Dover. He may have been obsessed with his tone, but it resulted in this, an absolute masterpiece of guitar work.

Go back to the first solo in Desert Rose, and just marvel at the amazing quality of his guitar tone - big and powerful, but with a lightness and spaciousness that is completely unique and unquestionably beautiful. Play the clip below, it should jump right to the solo.

Without doubt, Eric has paid his dues, practicing and developing his skills and knowledge to be able to create music on that level. But all that knowledge and skill just gives him the freedom to focus on what he cares about the most - pure music, distilled down to its essence - tone.