Why do the Beatles keep coming up in lessons with my guitar students, over and over, year after year? They don't do guitar heroics like Zeppelin or Hendrix. They aren't deeply rooted in blues riffs like Clapton or, well, Hendrix. What's it all about? 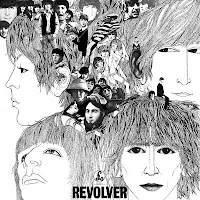 Songs. Chords and melodies. And some great guitar riffs.

The Beatles used their guitars to create great songs. It was always about the songs first, never about showing off their playing skills (which were nevertheless considerable). Blessed with boundless creative energy, the Beatles produced album after album filled with great songs. Songs that have lasted
40 years now and show no signs of going away.

The Beatles set standards for writing great melodies, chord progressions and guitar riffs that have been emulated, copied, blatantly ripped off but never equaled. Every few years in the world of pop music, another generation of songwriters tries to pass themselves off as new and original, but their style can usually be traced directly back to you-know-who.


I will introduce my students to the Beatles if they don't discover them for themselves. Their songs are like virtual encyclopedias of chord progressions, and their guitar parts are full of very tricky bits that are not at all obvious until you start trying to learn them (that is, learn them correctly!).

I also highly recommend watching the Beatles Anthology video series. It details, but cannot fully explain, how a group of teenage boys started out struggling to learn three chord rock, then became a highly proficient and versatile cover band, and finally become the most amazing creators of great popular music ever known. And all in a matter of a few short years.

It is truly remarkable to see how they were able to not just keep going but to actually grow creatively, very quickly, throughout the course of their brief history. They continually became more creative, more adventurous, and wrote ever better songs, lots of them. This, at the same time as their ever growing success placed incredible, intense pressures on them. 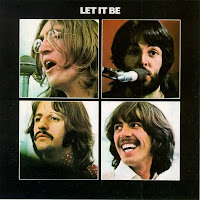 It is clear that it was only the combination of these four specific individuals that could have made the Beatles possible. That in itself, should offer a testimony to what being in a band really is about.

So I hear there's a Beatles edition of RockBand now. That's cool. But remember it's all about the songs. So buy the albums, listen and learn.